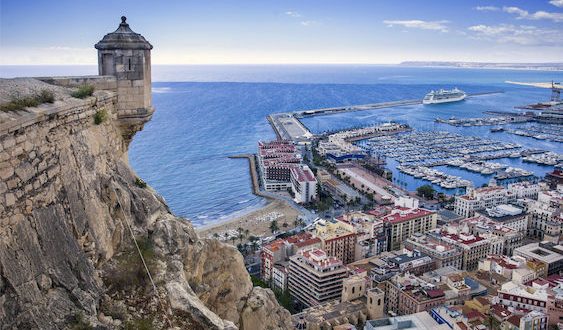 The European Table Tennis Union is pleased to announce the 2018 European Championships (individual events) have been awarded to the Real Federación Espanola de Tenis de Mesa to be held in the city of Alicante, Spain from 18th to 23rd September 2018.

ETTU President Ronald Kramer is delighted with the choice for Alicante for hosting the 2018 European Championships.

“Not only because of the city and its facilities, but more so because of the Table Tennis Festival concept that the Spanish Table Tennis Association and the city are working on. I sincerely congratulate our Spanish Association with their proposal to look for new ways to enhance the attractiveness of our sport. This innovative concept combines our wish to see the best players from Europe participating in our individual championships, supported by table tennis fans, who can play their own ‘holiday’ matches and visit the European Championships matches as spectators. The tourist city of Alicante – with its experience in hosting the World Veterans Championships in 2016 – in cooperation with the Spanish Table Tennis Association should be more than capable to meet the challenges of this new concept,” said ETTU President KRAMER.

“I am very pleased with the awarding of the 2018 European Table Tennis Championshps to the Spanish Table Tennis Federation and to the city of Alicante. Alicante organised the World Veterans Championships  in 2016 and we are delighted to have another big table tennis experience in this beatiful city”

The hosts are preparing completely new concept for the 2018 edition of the Championships.